I remember a day when I wish I had tied my panties in a knot. 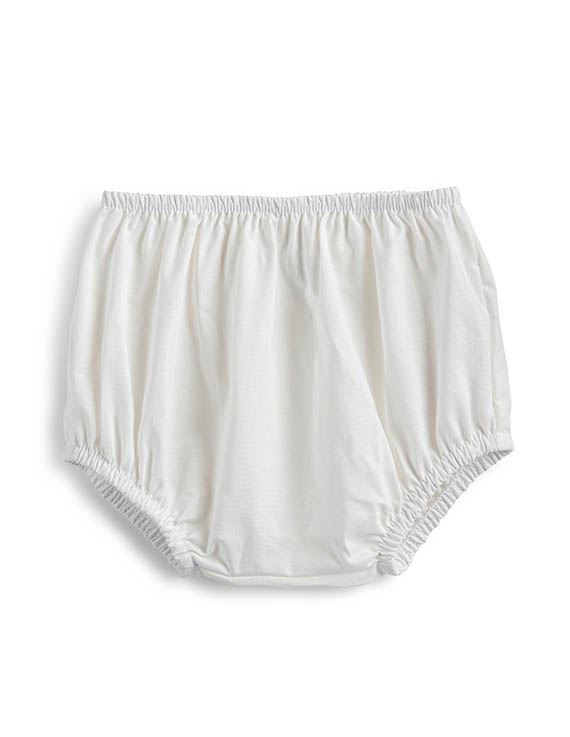 Out of a whole drawer of undies, I had picked the oldest pair; those with elastic that held onto its stretch by a string. You’d think a seventh grader would have more sense. Not me. That string quietly unraveled as I put them on in the morning.

Our junior-high breaks between classes were three minutes long, so I had to hurry to use the washroom before my next class began. As I pulled my panties down, — that’s what we called underwear back then — I noticed they seemed looser than normal. But I was more worried about being quick than being careful. When I pulled them up, the waistband gave one dying elastic gasp. “I retire,” it breathed tiredly. In just one short pull-up, this pair of briefs transitioned from intimate wear to unmentionables.

The bloomers slid down my belly as I left the stall. As I approached the door, I reached under my skirt and pulled them back into place, grateful that no one else had entered the bathroom.

Walking down the hallway, I tried to scrunch my thighs together to keep these untightie-whities in place. With all my focus on my underwear, I tripped over my own feet and dropped a book. The next thing I knew, my bloomers had collapsed around my ankles. I bent over, picked up the book, kicked off the panties, and left them lying in the hall.

The three minutes between classes had almost elapsed. As I looked down the almost empty hallway, I hoped nobody had witnessed my downfall. Nobody did, or at least no one ever mentioned my abandoned unmentionables, and of course, neither did I.