Baby and the Goldfish 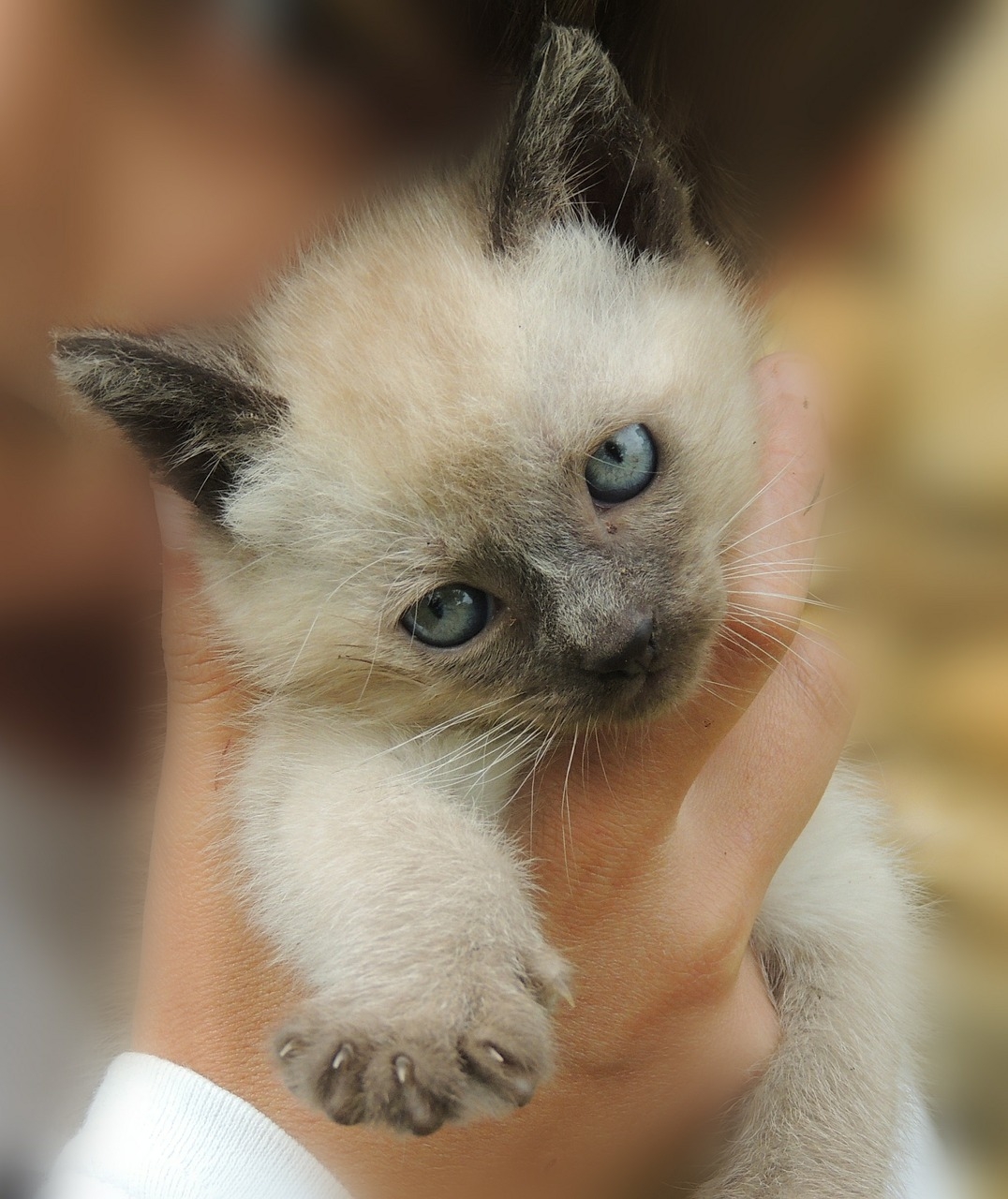 The autumn sun was still warm, but at sunset, the October night brushed against my face with the whisper of winter. It was an icy touch that made me grateful for the soft warmth of the gray hoodie.

The little fuzz ball shivered in the corner of the boot box that sat near the step of the mobile home. I reached in and picked up the shivering kitten. It was so small that it barely filled my hand. My daughter’s best friend had found the kitten, but her mother wouldn’t allow her to bring it inside.

The kitten wouldn’t live long left out in the cold. I agreed to bring her home. Although she was in sorry shape, I felt confident we could help her because of our experience with Blooper, a kitten we had saved several years ago.

Like I had with Blooper, I began with basic care. Unlike Blooper, who we had found at the end of a warm August, this foundling needed to warm up. We started with a hot-water bottle, covered with a soft towel. When the water cooled, we switched to warming her with a heating pad.

Next, we needed to get her to eat. I dipped the corner of a clean rag into some warmed condensed milk and rubbed the rag against the kitten’s tiny lips. It took some patience, but after several dips, her tongue flicked at the rag. My relief replaced my worry as she began sucking the milk.

The two kids fought over whose cat she was and what to name her. My son wanted to name her Toots, and my daughter insisted on Baby. I settled the argument. The kitten belonged to herself. Since my daughter had introduced her to us, the kitten was hers to name.

When the kitten began to thrive and be playful, my daughter’s friend wanted her back. After nursing, worming, potty training, and vaccinating her, I worried about returning her to an on-again off-again situation. Baby had stolen our hearts and a permanent place in our family. 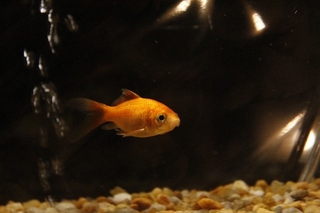 The next summer, my son won a goldfish at the county fair. My boss’s wife talked me into transferring it from a goldfish bowl to a small aquarium.

One day, as I came home from work, I surprised Baby on the table-top eying the Aquarium.

As I walked into the living room, my shoes squished against a soaked carpet. I was oblivious to the mess. My heart sank, sure the fish was a goner. Cat + fish = huge mess. Looked to me like I had interrupted her fishing expedition and caught her red-clawed. 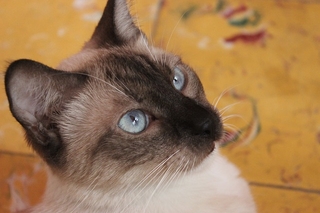 Baby meowed and jumped down from the table as if her watch was over and now she was ready for her treat.

Humph. Not a guilty bone in your body, is there? “Meow to you, too! It looks like you’ve been having a good time.”

But the fish was fine. She had helped save the fish, not hurt it. The aquarium had sprung a slow leak in a corner seam, and as the water seeped out, the fish dug a depression into the aquarium gravel. The hole held just enough water to keep it alive.

Thanks to Baby’s diligence in watching over the aquarium, the fish survived. It took a good while to clean up the water and move the goldfish back to its original bowl, but afterwards, I rewarded Baby for her watchfulness with extra treats and many cuddles.