Extreme Vetting: Who Vets the Vetters? 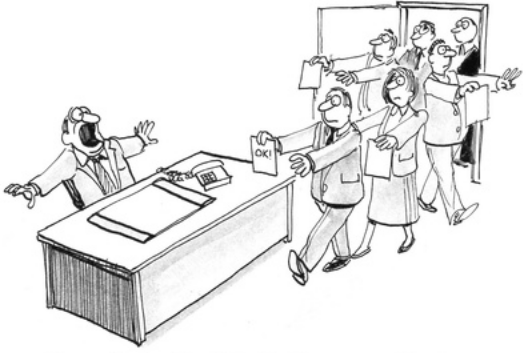 Donald Trump talks about "extreme vetting" of immigrants. It is peculiar that he is running for the highest office in American and nobody has thought to "vet" the qualifications of Donald Trump or any other candidate up-ballot or down-ballot.

Nearly every government worker has to go through some sort of vetting in order to qualify for their job – that is, every worker except our elected officials. In fact, nearly every new hiree today has to take some kind of pre-interview test to determine whether or not they are qualified for the job they want.

In order to become citizens, immigrants have to pass a test and know something about how this country runs under our Constitution.

How is it, then, that one can become a member of Congress, even the President of the United States with absolutely no qualifications other than the confidence of those who voted for her or him? How many times over the years have you voted for a candidate only because he or she was "the lesser of two evils". How many times do you check a box not knowing what qualifies the candidate to fill the position they seek?

We rely on debates and forums, media polls and talking points, and political rallies to inform us of our candidates intentions, but as you know, the road to hell is paved with good ones. How easy it is for every candidate to put on a good face for the public! How easy it is for a candidate to tell us what they will do even though they are clueless over the processes involved to get anything done.

We rely on a candidate's private medical professional to truthfully tell us about a candidates physical health while many of us in the private sector have had to undergo employer ordered mental and/or physical health screenings. In fact, many employers require that entry-level employees pass a drug test before they are accepted for hire.

In order to run for an office, a candidate must file his intention with government officials. Wouldn't this be the perfect time for a candidate to be vetted for the position he or she desires?

After this circus of a presidential election, isn't it time we tasked these prospective employees with showing us their qualifications before they were allowed to run?

School teachers, medical professionals, electricians, and even real estate agents are retested at intervals to make sure they are fit for their jobs. How is that some of our lawmakers have held their posts for decades with never proving their fitness for their jobs?

After eight years of a do-nothing Congress and a Senate that has given themselves more days off than any legislative body before them, isn't it time that the American public took the reins in hand and acted like the employers we are instead of the easily-fooled, unwitting sheep we are becoming.

If we want to keep America great, we don't need to take it out of the hands of government. We need to be sure we have a government that is staffed with qualified people who will work for us. The very least that should be required is that our elected officials have the qualifications of an entry-level employee.