(Suggested for mature readers only. This piece may be unsuitable for children.) 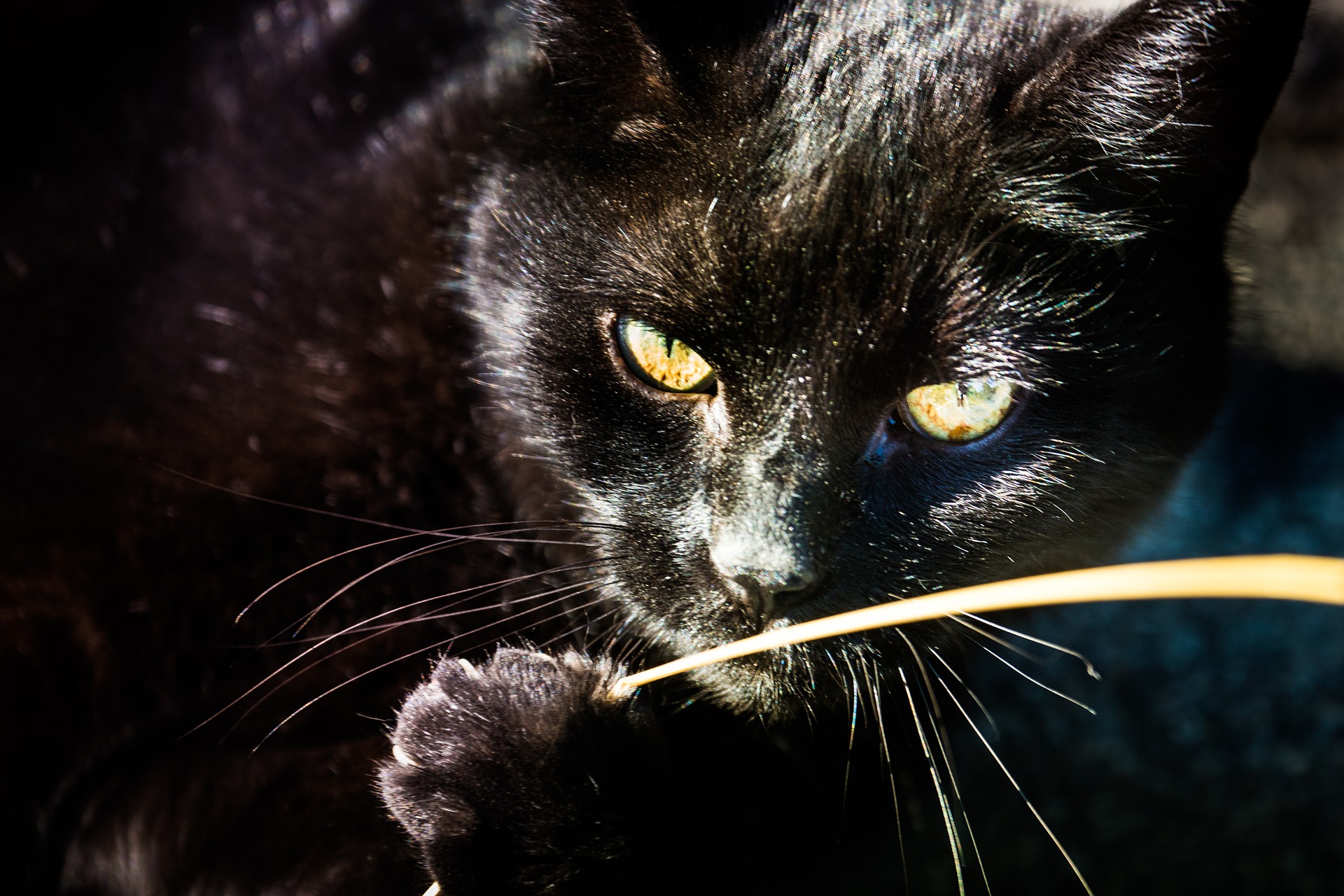 Property of the United States Government
No trespassing
Violators will be prosecuted.

But he couldn’t read. So, he had tunneled under the chain-link fence, drawn by the scent of death and near-death that permeated the area. Daily he gorged upon a feast of birds that fell near the small tin shed inside the property. He drank the rainwater that collected in a nearby pool… and he grew.

The black tom had been small at birth. He had been born of a feral cat, a first-time mother that was not ready to be a queen. She had stayed with him until she had weaned him because of the discomfort her full teats caused her. Then she abandoned him. It was just by chance that he had found this place of easy prey and survived. At six-months old, he was already as large as any other of the feral toms in the area.

At eight-months old he hunted her down, she who had given birth to him. He killed her, not out of malice or spite. She was just one easily dispatched competitor. She had been his first actual kill. He had easily snapped her neck, and upon doing so he realized that he no longer needed to eat the dead and dying. The close-knit farms in the area had a bounty of domestic fowl and small livestock that would be easy prey.

She was a small cat, barely a year old; calico spots of gray and tan on a fluffy-white background. The dark mask of gray over her eyes gave her an air of mystery. Perhaps that’s what attracted him. More likely, though, he sensed her heat. Her scent engulfed him and her low-pitched mewling beckoned to him like a siren’s song.

The massive, black tom lay in the shadows, his tail flicks visceral, a primal hint of his excitement. He watched the young queen with the same wiles he had learned on the hunt. This time, though, he did not intend to kill, but to breed. He leapt at her with precision, his sharp fangs holding her, pinching the skin of her neck, drawing her head back. Her scream only fueled his lust, as did her futile efforts to free herself from his powerful grip.

With an onslaught of savage thrusts, he penetrated her virgin body. Finally, his desire sated, he left her to stumble into the shadows, her neck and back aching, but the strange heat and sensual craving both appeased.

Within a day, she felt the swelling begin. It became cumbersome, a constant reminder of the black tom. Just as she adapted to the awkwardness, she felt the tiny bodies moving within her. Although it was new and unexpected, the feeling filled her with contentment. Still she ballooned. She grew so large, that successful hunting became nearly impossible. On the last night or her pregnancy, she welcomed the first contraction instinctively knowing that her time of birthing had begun.

Now, she bent her head to admire what her labor had delivered. Three kittens sucked greedily at her full teats, each one different from the next — one calico, one tabby gray, and one yellow. The queen’s intuitive purr was a calming presence for both the newborns and herself.

Suddenly, she felt a strong pain, stronger than any birthing pain that had preceded it. Her purr became a high-pitched scream, and she pushed harder than she had with any of the first three. Anything to rid herself of this agony. She felt her body being ripped open as the massive head of her last born passed from her womb into the world. She lapsed into unconsciousness.

The last-born was pure black — a large, well-formed kitten that had waited his turn. It was almost as if he had pushed the others ahead of him so he could be last. His eyes were open and already adjusting to the sensation of the dim light in the chicken coop. He easily pushed the first-born aside, taking its teat for his own. The little calico kitten struggled to find a new place to suckle and finally successful, snuggled close to her unconscious mother.

The new mother finally awoke to a dull ache and the feeling of oozing wetness of her genital area. Weakly, she lifted her head and saw the red ooze seeping from where she had ripped. As she tried to move away from the kittens to clean herself and assess the damage to her body, she heard a low, guttural growl. The black kitten would have none of it. Too weary to assert her motherly authority, she fell back to sleep as he continued to suckle.