At one point or another, every parent hears their child say, “I didn’t meant to” or “I didn’t try to.” Sometimes all that is needed is a nod and a, “I know. It’s okay.” Other times something more is called for. One of my favorite responses was “You didn’t try not to.”

Children, in fact all people, make mistakes. Mistakes, small or large, innocent or not, come with consequences. Forgiveness is often easily attainable through a combination of regret and retribution. You can break my window or crash my car and I will forgive you, but you still must pay for the damages.

When I told my children “You didn’t try not to” it wasn’t so much to chastise them as it was to make them understand that their actions had consequences whether or not they looked before they leapt. Doing so not only helps children to become self-aware, it also teaches them to recognize the effect they may have on the world around them and that positive effects are more satisfying than negative ones.

This is one area where many monotheistic believers, especially Christians, get it wrong. Sins (wrongs) may be “washed away” by forgiveness, but consequences (retribution) must still be paid. And regret (repentence) is only sincere if those consequences are willingly paid — if the wrong-doer (sinner) takes responsibility for righting the wrong. If I were a believer, I would have little respect for a diety who offered a free ride to a murderer or thief for a simple, “I’m sorry.”

If not from religion, where does morality come from?

How we distinguish right from wrong begins with what our parents teach us. Stealing is wrong: first taught by parents whether stealing a cookie from behind mother’s back or a dollar from her purse. This is how we begin to understand morality, the difference between right and wrong. 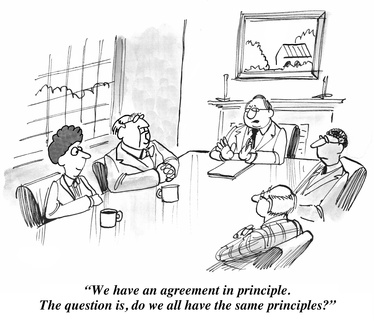 As we mature, we become accustomed to the rules that our society places upon us. Different societies have different rules. What is considered moral in one, may be considered immoral in another. Moreover, societal consequences for breaking those rules vary from society to society.

No human needs a diety to be moral. If your morality comes only from a fear of reprisal from not following a particular ideology, you are looking at it wrong. Nobody should need to tell you the difference between right and wrong. You ought to be bright enough to pick that up on your own from the examples learned from your up-bringing and found within your society.