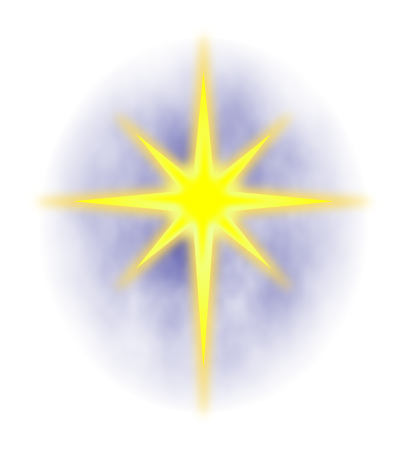 She sat on her porch, her eye on a star that shone just left of the crescent moon. One she hadn’t noticed before, it seemed separate from all the others. Its flutter reached out to her and she heard his voice in its light. “Don’t worry, Mom, no more stops. I’m home.”

For the first time memory prompted her smile. Reason claimed the words were only a memory, but she had talked to that star for a long time, since the first time it fluttered in her swelling belly. That flutter was the moment she first recognized him as the person he would become.

She wondered if he was grumpy and tired after a long day of shopping in the warm, humid June. “Okay, little one, just one more stop and we’ll go home and rest,” she said as she approached the entrance door to the local Sears.

Behind her, a smiling gentleman grabbed the door as she pulled it open. “I couldn’t help but overhear. Do you think that little one understands you?”

She laughed. “Probably not, but I hope he feels the love.”

She picked up her order that day, went home and set-up the new bassinet. While she worked, she talked to her baby boy. She told him about all the plans she had for them and the hopes she had for him. She talked to him throughout the summer as his small body grew and moved inside hers. On September 5, 1975, she was speechless when, she held him, this miracle, in her arms for the first time. But she soon found her tongue and continued talking to her son. At some point she began talking with him more than to him and that conversation continued for years, until March 30, 1997.

He called home from Fort Polk, Louisiana, that Sunday. A silly call. He wanted to know how to keep score at Gin Rummy. It was just a way to connect, to hear, “I love you, Son,” and reply, “I love you, too, Mom.”

Two days later, he was gone.

Still in her robe, she had come down the steps. As she rounded the corner into the kitchen, she caught sight of the two army officers walking up the driveway.

Oh no!  The words flashed through her mind as if trying to eclipse her anxiety. What trouble had he gotten himself into?  A fight? Or worse — had he been in a training accident, or even worse  — Her thought trailed off, her brain refused to let it go to its conclusion. As far as she knew, servicemen paid a visit to a soldier’s home for only one reason.

Emotion tried to wash over her fear as she remembered today’s date. April 1 — April Fool’s Day.  Relief and irritation combined and washed over her. Oh that scoundrel.  What shenanigans had he put his buddies up to?

Her son was a trickster, forever full of monkeyshines. She smiled as she remembered how he could make her laugh, even when naughty as a little boy could be. But his pranks were never cruel, not in childhood or throughout his teen years. It was no joke, these two strangers coming to the door at eight o’clock in the morning. No, this was not a prank her son would pull.

She walked to the door and pulled her robe tight around her. She waited for the knock. When it came, she wished she could tuck her fears away as easily.  She marveled at how a lifetime of memories traveled through her consciousness in such a short time:. The first time she had talked to him while he was still in her belly. Her first words to him after he was born. All that followed: — words, happy and harsh and memories, sweet and bitter. The bits of kinship that make a life here and gone in a moment.

Oh how she hoped she was wrong.

She opened her door to the two servicemen, now standing on her front porch. She smiled, aware that the worst was possible, but hoping for the better. “Good morning, gentlemen.”

“Mrs. Paulson? Is this the home of Quinn Lawrence Paulson?”

The soldier pulled a document from an envelope and read. “The Secretary of Defense regrets to inform you ...”

“No no nO NO NO!” Her eyes and lungs awoke to panic. Her eyelids fluttered and she screamed her breath until it was gone. Pain ripped through her, leaving her hollow and fragile as a crystal egg. Her world suddenly became a harsh, unhappy place where sweet and bitter merged into bitter-sweet.  Quinn, her beloved son, was gone.

It would be years before she recovered, or would she recover at all? Someday, her friends told her, you will remember him with a smile.

Now, years later, one bright star fluttered in the night, just as the spark of his life had fluttered inside of her so long ago. She talked to the star.