Transgender Toilets: Pumping Out the Septic 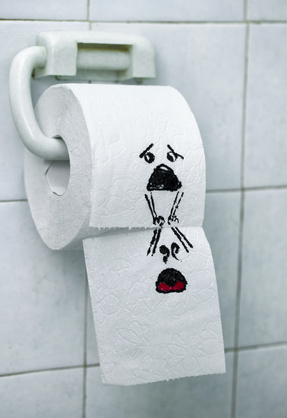 This latest round of who can and who cannot use the bathroom is the most absurd notion that state legislators have raised to date. Aside from wasting taxpayer dollars on unnecessary legislation, these laws are a danger not just to transgenders, but to all public safety.

Just today, a man was sentenced for beating a transgender woman to death. While this particular crime didn’t happen in a bathroom, laws such as the one passed and others being considered put transgender people in an environment where there is no escape if cornered and attacked. It is common knowledge that the LGBT community is always at risk from homophobic (heterosexual?) bullies. These laws are just one more vehicle to put LGBT people at risk.

First of all women who are transitioning to men are at much greater risk using a male bathroom than a female bathroom, but if that is their choice government should butt out and let them do as they wish.

Men who are transitioning to female or have completed the process are no threat to women. Do men really want to see Caitlin Jenner in their bathroom? And what of Caitlin’s rights to privacy and protection? These bathroom laws are really putting transgender citizens at risk.

The real problem begins when government mandates that female to male transgenders must use female bathrooms. Do you really want a person who looks like Chaz Bono using the women’s restroom? While Mr. Bono and other true transgenders are no threat, this law essentially opens the door to any pervert who wants to pretend to be transgender from peeping toms to misogynists that have either sexual or physical assault on their minds.

Transgender people on either side or the issue are merely changing into what, they believe, they were meant to be all along. If we really believe in equality for all, that means equal protection under the law for all no matter what gender you claim as your own.